It was the Congress party which has divided the Telugu people into two states for the sake of election benefits said PM Narendra Modi. But it lost miserably in Andhra and Telangana he reminded.

He said that even the same policy could be adopted by the Congress in the state where elections are to be held in December. For the sake of political gains the Congress will do anything and everything he stated. 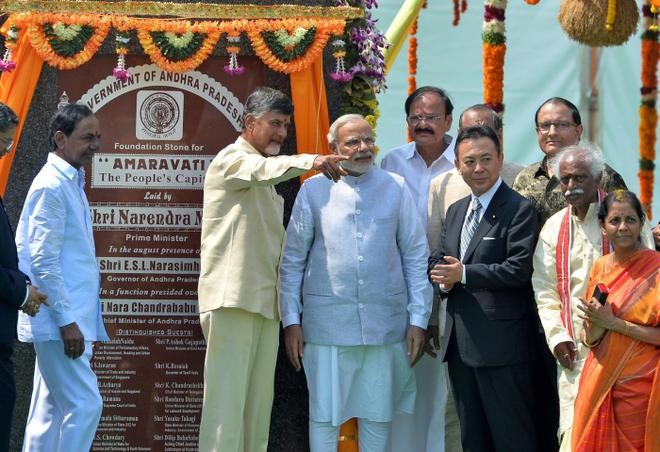 The Congress is dividing people and the BJP is spreading happiness and unity Modi explained. Talking about the Mahabathbandahn Modi said that the splinter groups are coming together to trounce Modi and not for the sake of people and development of the country.

He said that the unity of opposition will not work and that they are divided even before the elections. All other parties are deserting the Congress he said. The Congress has lost the habit of winning the election he ridiculed. The Grand Alliance is a failed experiment he stated.

Modi said that the BJP has developed the country to a greater extent and will continue further.

© Great Telangaana 2020
Do NOT follow this link or you will be banned from the site!